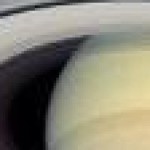 “I love deadlines. I love the whooshing noise they make as they go by.”
by Douglas Adams, The Salmon of Doubt
Scroll back to top
Skip to toolbar